To encourage public awareness and participation in creating and maintaining clean, beautiful, well-kept communities throughout the City of Fairburn.

We envision the City of Fairburn as a clean City with attractive neighborhoods and commercial corridors that will encourage and promote City pride.

The CBA consists of representatives that are certified by the task force and assigned communities within their zone to maintain clean-ups throughout the year. CBAs are provided with equipment and supplies to ensure safety. Each CBA will sign a waiver releasing the City of Fairburn and its agents from liability. 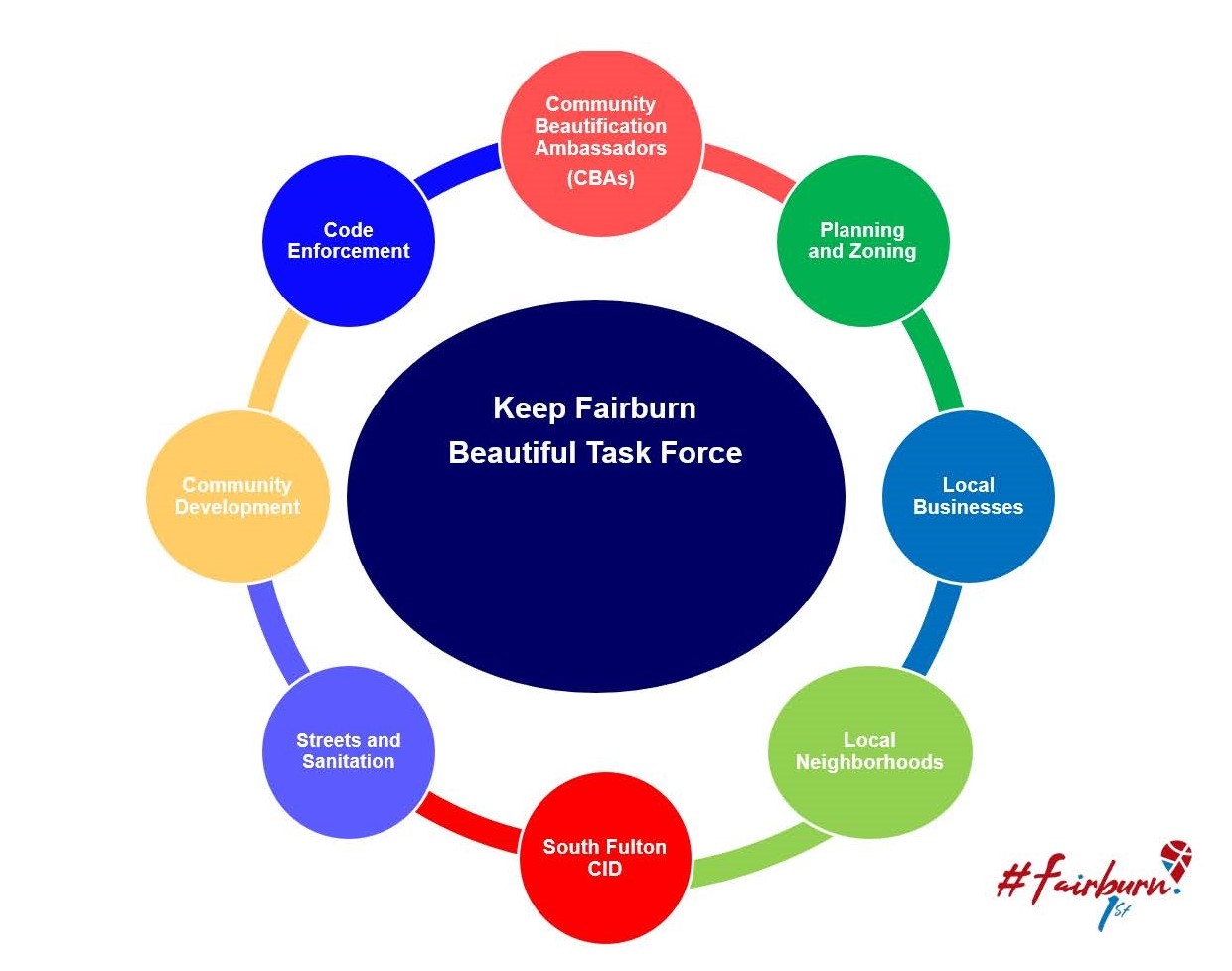