As a member of the City's six-member Legislative Branch, she develops policy, enacts laws for the well being of its 14,000+ citizens and ensures the proper stewardship of its resources. Her many accomplishments as part of the city council include: an 88-unit active Senior Living Facility; Duncan Park Football and Water Park Complex; Downtown Amphitheater; Farmer's Market (expanding market to provide access to SNAP recipients); Award-winning Let's Move (to encourage a healthy lifestyle and environment); City Employee Wellness Program; City Re-branding (Situated to Succeed); major economic development projects-creating hundreds of jobs; Improved Bond Rating to double-A-minus (AA-) from triple B (BBB).

Councilwoman Portis-Jones is a veteran public servant who is semi-retired with extensive municipal government and non-profit experiences in executive positions of administration, finance, public works, and health. She served as a board of director for several non-profit organizations, - locally, nationally and internationally. She has a Masters Degree in Public Administration from City University of New York-Baruch College and a Bachelor of Science in Business Administration from Marquette University, Milwaukee, Wisconsin. She is the recipient of numerous awards and honors including recognition as one of the National Urban Fellows 50 Icons (2019); Woman of Courage in Government (2018); and Who's Who in Black Atlanta (2017). 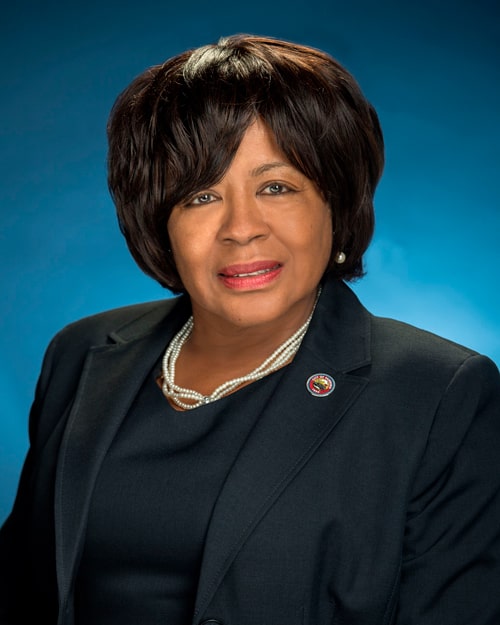