Councilman Ulysses Smallwood is a lifetime resident of various cities in the South Fulton County area and is extremely excited to now call Fairburn home. As a Councilman, elected in November of 2017, Councilman Smallwood is vested in Fairburn and desires to see it continue to develop into the City that is situated to succeed economically and socially for all stakeholders.

Councilman Smallwood attended Shorter College where he received his Associate of Science in Business Management and his Bachelor of Science in Early Childhood Education. Upon completing his Bachelor's Degree, he enrolled in Ashford University and completed his Master of Arts in Early Childhood Education with a Specialization in Mathematics. He completed his Educational Specialist in Educational Leadership from Kennesaw State University in 2017. He has accumulated over a decade of experience within the Fulton County Schools system. He won Teacher of the Year at Mount Olive Elementary in 2013 and he is currently an administrator at Seaborn Lee Elementary in the City of South Fulton. He served on former Fulton County Schools' Superintendent Robert Avossa's Superintendent Advisory Board and he has presented professional development workshops on both local and regional levels. He served as the HOA president for 5 years for the High Point Commons Subdivision in Union City and he is a mentor with Next Level Boys Academy under the leadership of Gary Davis. He is happily married to Marchketa Smallwood, also an educator, and they have three beautiful children. 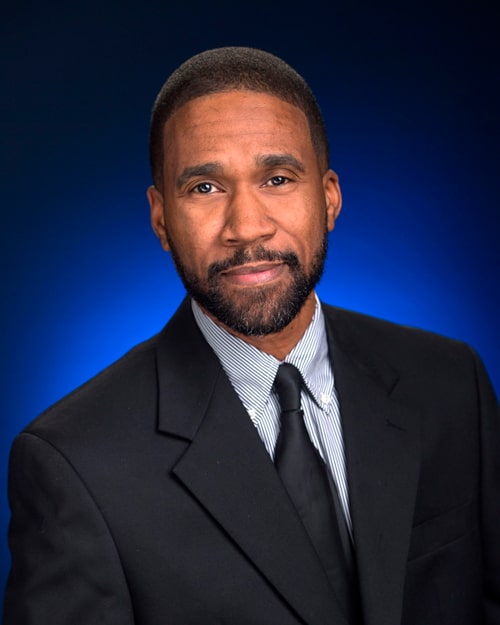