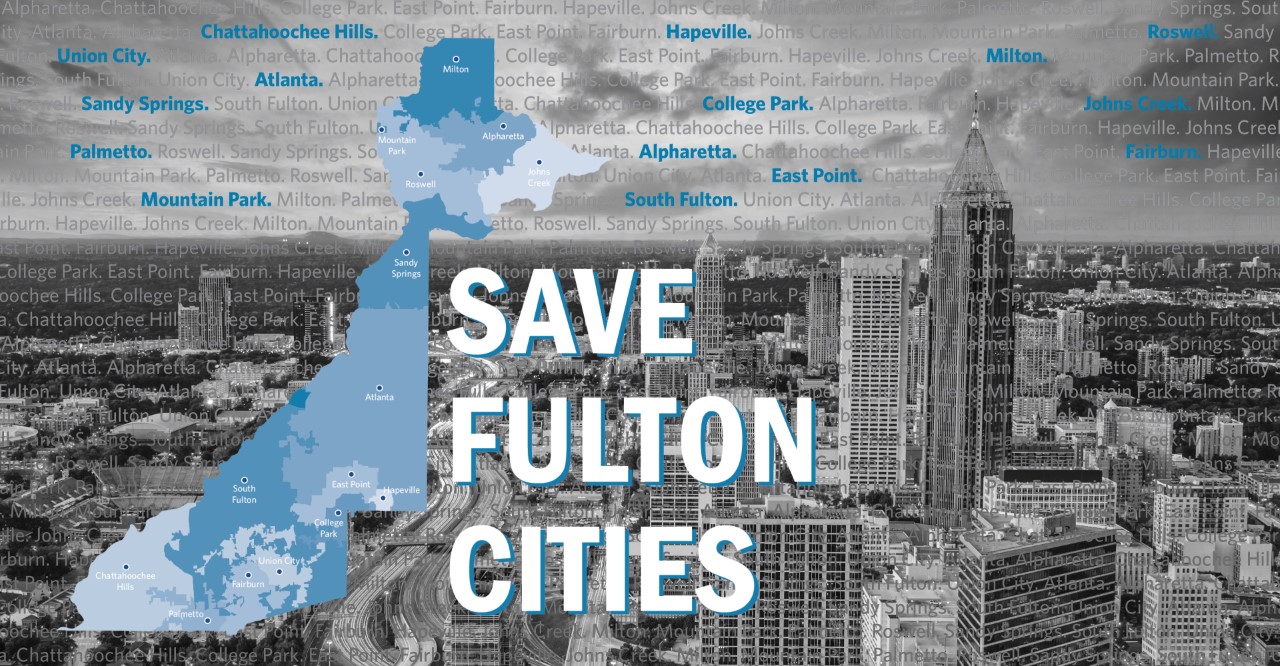 The 15 mayors stood united in opposing the county’s offer and said in a joint statement below that Fulton commissioners are hurting their own taxpayers:

“Fulton County continues to treat the cities and their constituents with disrespect, demanding enormous increases in sales tax revenues that would devastate city budgets. The county cited the growing financial demands of healthcare services and public safety, primarily the jail. The offer that we gave the county will cover the healthcare expenses, while the jail is an expense not eligible for LOST revenues. The county has failed to explain why it needs an additional $341 million but yet had enough money to cut millage rates. Further proving the county doesn’t need the money, it’s threatening to let the LOST expire which would cost the city and county about $4 billion, 40 percent of which is paid for by people from outside the county. That’s a $1.8 billion tax subsidy that would come out of the pockets of our taxpayers instead.

“Our residents do not want to send more to a county government that has well-deserved and long-term reputation for terrible service delivery. The county’s demands would undermine the city services that Fulton citizens want and need. We cannot and will not accept a deal that would require draconian cuts to police departments, ambulance services and parks and recreation and/or property tax increases that would hurt residents and our competitiveness.

“We will continue to work toward a solution because if the county lets this sales tax go away, it will have catastrophic effects on our cities and the people we were elected to represent. We ask our constituents in the 15 cities to contact their commissioners and demand an end to this madness. They don’t want higher city taxes, they don’t want service cuts and they don’t want a county money grab that its leadership can’t explain or defend.”