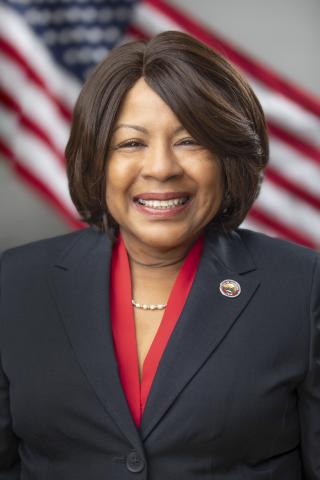 Fairburn, GA – Hattie Portis-Jones, Mayor Pro Tem, of Fairburn, GA, was elected to the National League of Cities (NLC) Board of Directors by NLC’s membership at the organization’s 2022 City Summit in Kansas City, MO. Portis-Jones was elected to a two-year term and will provide strategic direction and guidance for NLC’s federal advocacy, governance and membership activities. NLC is the largest and most representative organization for cities, their elected leaders and municipal staff, and advocates for city priorities in Washington by building strong federal-local partnerships.

“I am honored to have the confidence of fellow municipal leaders and excited to be the voice of my city -Fairburn, GA- and all cities across the United States, said Portis-Jones. I look forward to working with NLC’s President Woodard, NLC’s Board and staff to strengthen federal-local partnerships for the needs of all cities, towns and villages.”

As a member of the board, Portis-Jones will meet in March, June and November to guide NLC’s strategic direction. Board members are selected by a 15-member nominating committee and are confirmed by a vote from NLC’s membership at the organization’s annual business meeting.

“Our Mayor Pro Tem, Hattie Portis-Jones, serving on the National League of Cities (NLC) board gives the state of Georgia, and specifically the City of Fairburn, an experienced and passionate voice to address issues and concerns from cities all across the southeastern region”, said Fairburn Mayor Mario B. Avery. “This unique opportunity also allows her to be a representative voice for Council Members & Mayors from across the metropolitan Atlanta area. It is a true honor to have one of our own serving on the NLC Board."

“The National League of Cities Board of Directors is critical in guiding our organization’s priorities and policies,” said National League of Cities (NLC) President Victoria Woodards, mayor of Tacoma, Washington. “NLC’s Board is made of a group of incredible and diverse leaders, and I look forward to working closely together with them to advance priorities for cities, towns and villages across the country.”

More than 3,000 mayors, councilmembers and other delegates from nearly every state and the District of Columbia convened in Kansas City for City Summit. Local leaders are on the frontlines of the nation’s most pressing challenges and are working hard to pioneer innovative solutions that move our cities, towns, and villages forward.