On a recent summer day in Fairburn, the sound of freight trains rumbling by echoes through an empty plaza sandwiched between storefronts on the city's main drag.

Things may be a bit quiet now, but Fairburn's Planning Director, Tarika Peeks, hopes to see the downtown area come to life around a vibrant arts and culture scene. A narrow alleyway could come alive as a new place to gather and see art. A crumbling underpass could be transformed into a city centerpiece with music and colorful murals. And the city's courtyard could activate the downtown as a staging area for music, shows, and more.

It's all part of the south Fulton city's Creative Placemaking Plan, which is now moving from study phase to implementation, thanks to support from the Atlanta Regional Commission's Community Development Assistance Program, or CDAP for short.

We'll get to some of the plan details in a moment. But first, what, exactly, does creative placemaking mean?

Simply put, it's a way to use the arts as a vehicle to reinvent public spaces as places for people to build connections and a common cultural identity. It's also a great way to boost the local economy and spur community improvements.

Janet Reed, Director of Publicity at the Southside Theatre Guild and a member of the steering committee that put together the plan, thinks that development of the arts culture will bring more visitors to Fairburn, and by extension, to the theater.

"The plan opens the door for an arts community in Fairburn," she said. Reed hopes the theatre can become a central place for that community to engage.

Here are a few of the visions that could be realized with the plan: 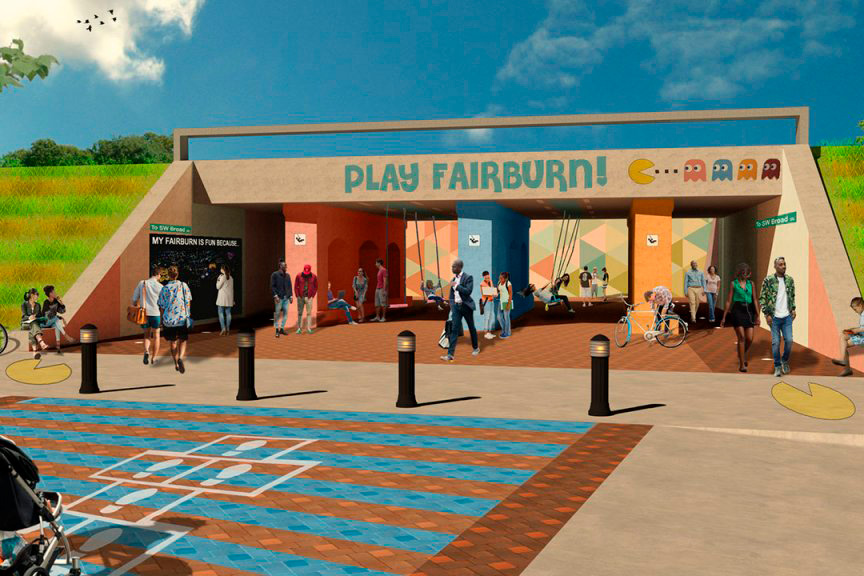 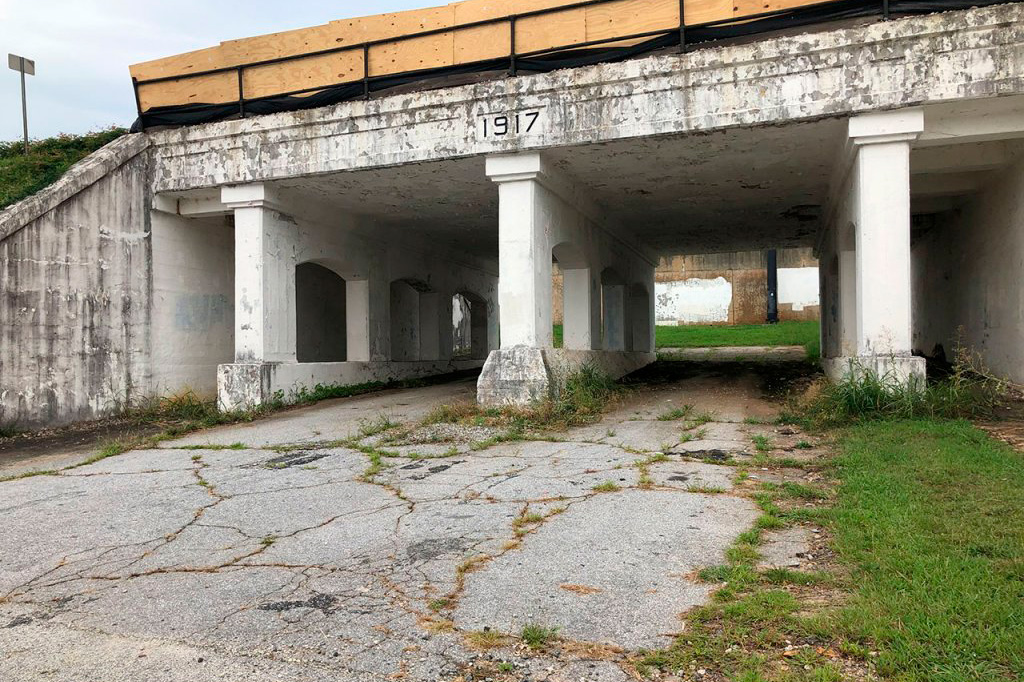 Lighting is key to making the underpass safe and inviting as a connection to the street, but also as a destination. Murals, performances, or other interactive art â€“ such as the swings shown in this rendering â€“ are all possibilities for activating this space. 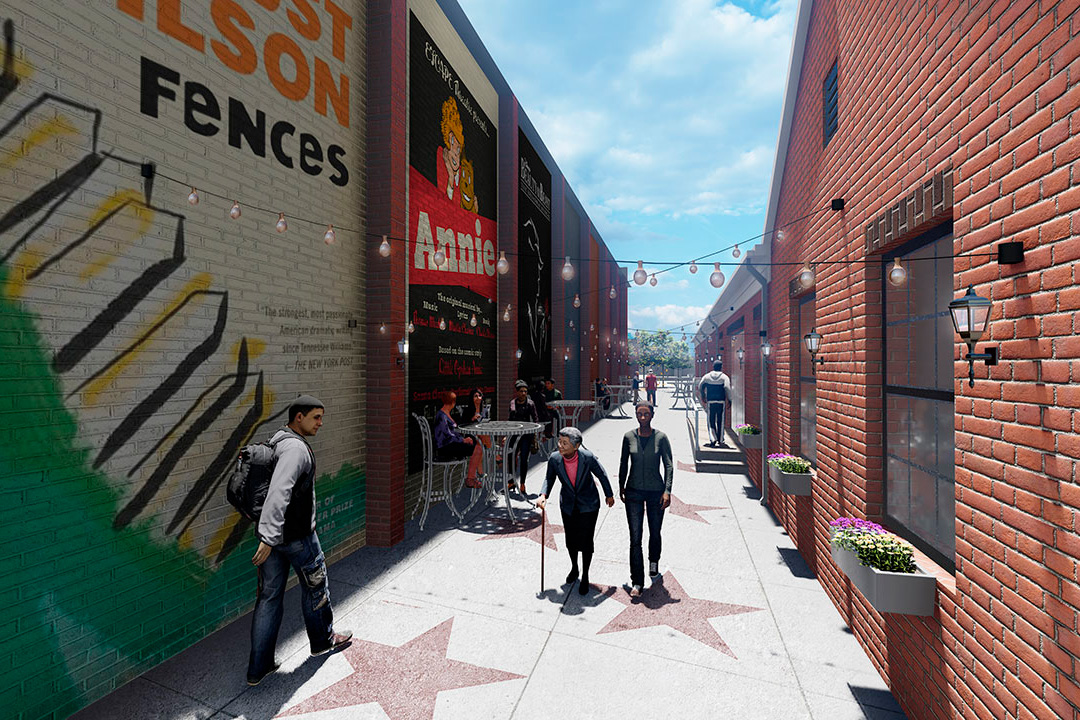 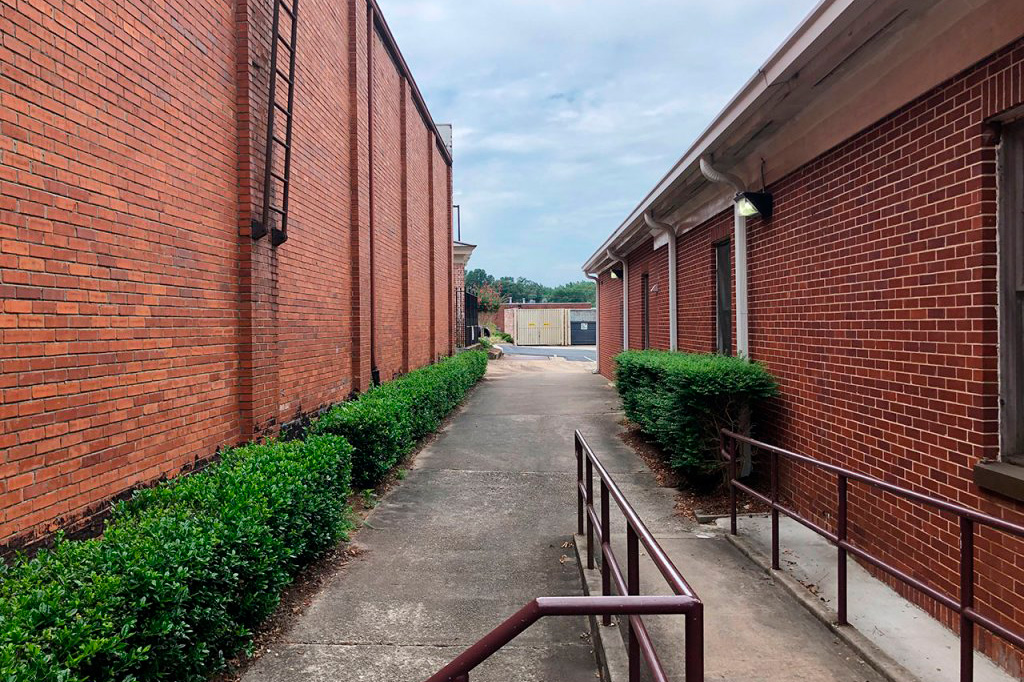 As a central passageway through downtown, this alleyway could be programmed in coordination with events at the adjacent Southside Theatre or at the stage and courtyard, located behind Fairburn's city hall. The community wish-list includes warmer lighting, murals and other temporary installations, and cafÃ©-style seating. 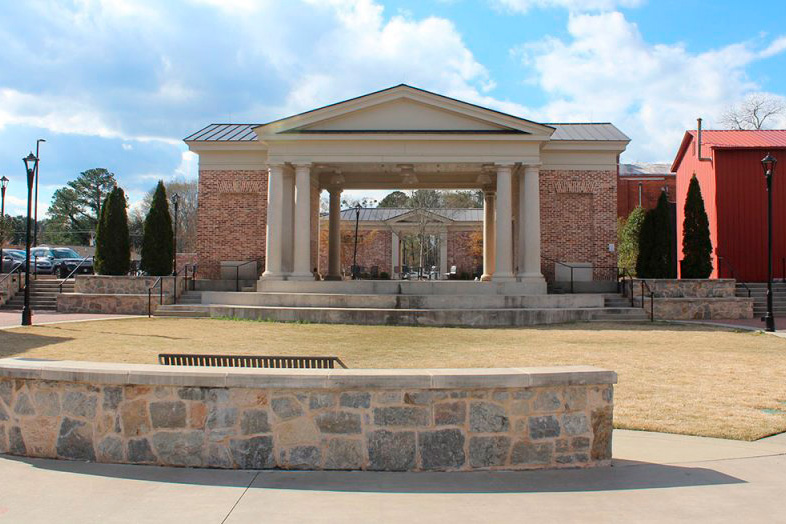 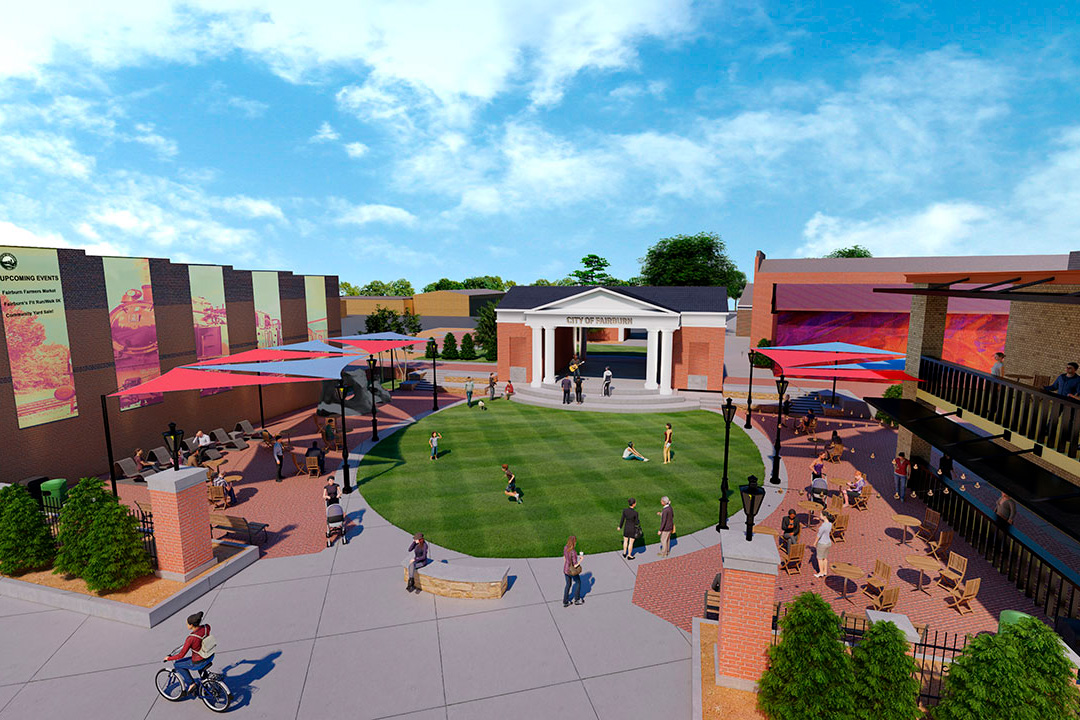 Shading, as shown in the rendering, is top priority for the courtyard. This space is a prime opportunity for a staging area. Shade and new seating and murals will encourage visitors to convene for performances, concerts, and other events.

Momentum is building in Fairburn, Peeks says. More businesses and restaurants are setting up shop in the downtown area, and the city is also moving forward with a Livable Centers Initiative (LCI) to improve pedestrian safety in the area.

Peeks said she hopes that as the Creative Placemaking plan is implemented, the city's rejuvenated public spaces will become a draw for people to gather, connect, and develop a sense of shared identity. The new energy could even draw tourists, further boosting downtown businesses.

The public's participation in the Plan

Led by a steering committee, the formation of the plan involved significant public input. An innovative approach to engagement took the conversation outside of a traditional government office setting and into the places where people already gather.

Meetings ranged from formal gatherings at Civic Dinners to pop-ups, where the team took their set-up to the Southside Theater Guild and the local pizza joint, Oz Pizza. The idea was to capture opinions from both arts patrons and folks that may not be as active in the arts but interact with public spaces.

The measure of success

Peeks feels that the city's efforts will be successful when the installations are implemented and engaging Fairburn residents. The public's reaction will help determine the future of arts in Fairburn. Simply introducing the Plan led Fairburn's Mayor to nudge the Planning Director to bulk up the line item for art in her budget submission. Peeks suspects that this sets a precedent for future budgets, and successful implementation of the plan will solidify the city's commitment to arts and culture.

To tackle implementation, Peeks is putting together a Fairburn Arts Council, which will include members of the steering committee. The Council will evaluate projects and likely prioritize implementation of "low-hanging fruit." This could include the alleyway project, an inexpensive improvement of the narrow alley between the City's municipal offices and the Southside Theater Guild's west wall, or the underpass project, which would proceed in tandem with the LCI study.

Whatever the implementation schedule, the Plan could serve as a model for other cities hoping to develop public space using art as a tool.

What's Next ATL, produced by the Atlanta Regional Commission, is a community resource that explores how metro Atlanta is growing and changing, and how the region is addressing its most pressing challenges.