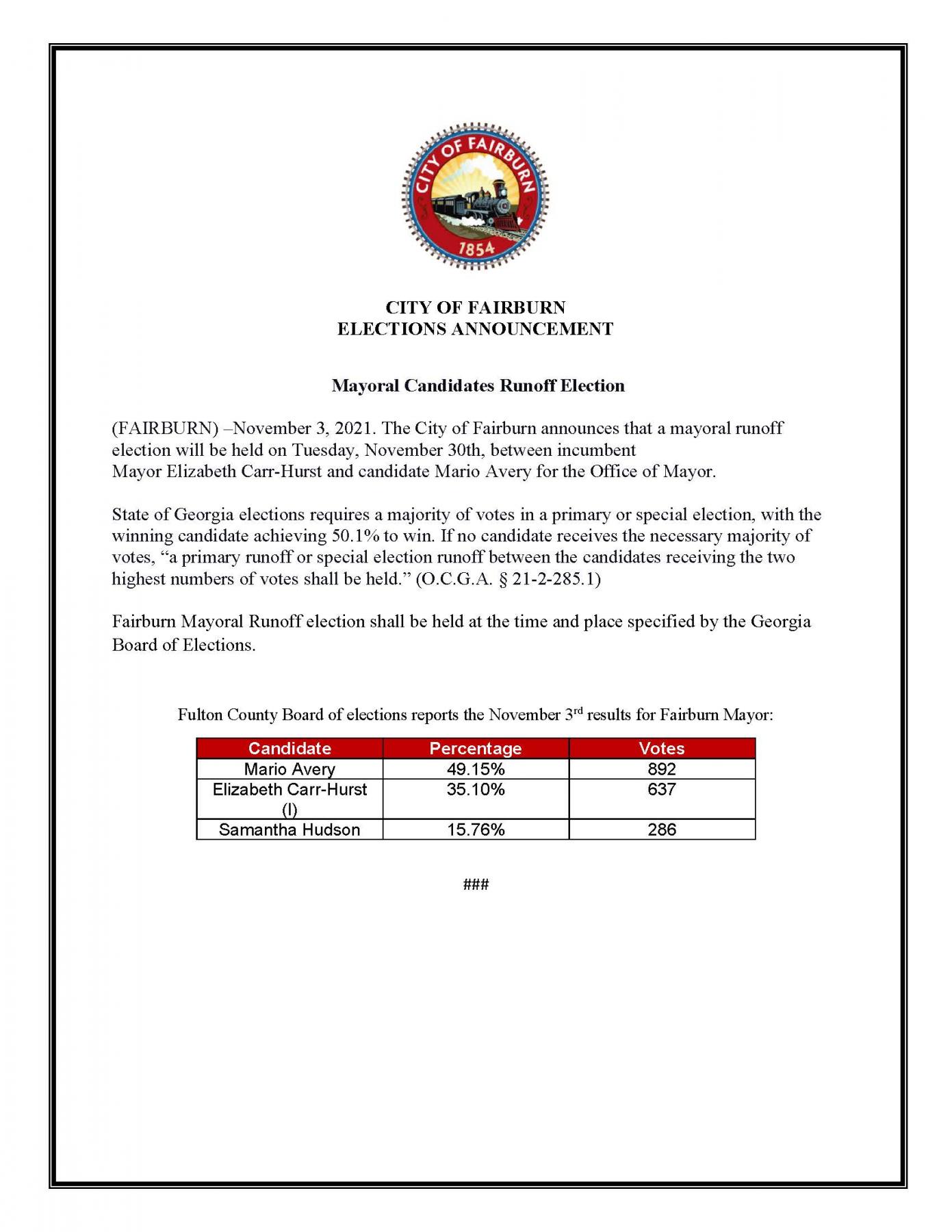 (FAIRBURN) –November 3, 2021. The City of Fairburn announces that a mayoral runoff election will be held on Tuesday, November 30th, between incumbent

Mayor Elizabeth Carr-Hurst and candidate Mario Avery for the Office of Mayor.

Fairburn Mayoral Runoff election shall be held at the time and place specified by the Georgia Board of Elections.

Fulton County Board of elections reports the November 3rd results for Fairburn Mayor: